To share your memory on the wall of Barbara Saypalia, sign in using one of the following options:

To send flowers to the family or plant a tree in memory of Barbara R. Saypalia (Rand), please visit our Heartfelt Sympathies Store.

We encourage you to share your most beloved memories of Barbara here, so that the family and other loved ones can always see it. You can upload cherished photographs, or share your favorite stories, and can even comment on those shared by others.

Posted Nov 22, 2020 at 05:34pm
Donny and Billy,
I am so sorry for your loss. I had the pleasure of working with your Mother at Southern Auto Auction. She was always cheerful, kind, caring and a good friend to everyone. She always talked about her family with love and pride. Some people have a way of touching people's lives and making a difference because of how special they are. Barb was one of those people and will always be remembered. I'm thinking of you and your family and keeping you all in my thoughts and prayers.
Donna Bielonko
Comment Share
Share via:
LS

Posted Nov 17, 2020 at 04:32pm
Don, Bill and family. I'm so sorry to hear of the passing of Barbara. She was a strong, loving woman. She was extremely proud of her sons. They were her pride and joy. Peace be with you.
Comment Share
Share via:
JC

Posted Nov 17, 2020 at 03:57pm
Peter and I extend our deepest sympathy to Bill, Don, Robert, Thomas, and their families on the death of Barbara. We will miss her good-natured sense of humor
Comment Share
Share via:
JC

...and her kindness and interest in others. Rest in Peace, cousin Barb!
CM 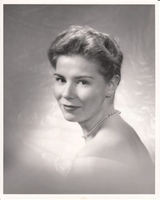