To share your memory on the wall of Christine Ross, sign in using one of the following options:

Christine received her Massachusetts certification as a Kindergarten teacher shortly after graduating from Boston State College. She held educational positions shaping the minds and hearts of many young children as both Head Kindergarten Teacher and Associate Director in private schools in Massachusetts, New Hampshire, and Virginia. In 2001 Christine moved to Connecticut and flourished as a part-time bookkeeper for National Waste Management in East Hartford, Connecticut.

Upon her retirement, Christine enjoyed spending time with her family, friends and especially her grandchildren. She cultivated many hobbies both during her career and in her retirement including painting, needlepoint, knitting, macrame, photography and reading. She was an avid international and domestic traveler, her last trip a classical tour of Greece with her husband Richard. Christine provided editorial assistance, patience, and advice to support her husband’s second career as a historical author. She became active with the East Windsor Senior Center making many friends and enjoying the activities the Center offered.

Burial will be private at the convenience of the family. A celebration of Christine’s life will be scheduled in the future to honor her safely with family and friends. In lieu of flowers memorial donations can be made to the Christine Ross Children’s Materials and Programming Fund c/o The Association of the Warehouse Point Library, 107 Main St., East Windsor, CT 06088.
Read Less

To send flowers to the family or plant a tree in memory of Christine Ross, please visit our Heartfelt Sympathies Store.

We encourage you to share your most beloved memories of Christine here, so that the family and other loved ones can always see it. You can upload cherished photographs, or share your favorite stories, and can even comment on those shared by others.

The Syfu Family (Jeff, Sarah, Grayson & Everly), David and Milena, and other have sent flowers to the family of Christine Ross.
Show you care by sending flowers

Posted Feb 02, 2021 at 04:37pm
We are so thankful to call Christine "Family" as well as a friend. She was the example of what a Grandmother should be.

3 trees were planted in the memory of Christine Ross

Posted Jan 23, 2021 at 03:49pm
My love to all of your family Chris was a warm, loving woman and I’m sure she will be deeply missed.
Comment Share
Share via:
TE

Posted Jan 23, 2021 at 09:15am
Please accept our most heartfelt sympathies for your loss... Our thoughts are with you and your family during this difficult time.

Posted Jan 22, 2021 at 04:59pm
From David and Milena Yang: we are holding your family in our thoughts and prayers.

David and Milena purchased flowers and planted a memorial tree for the family of Christine Ross. Send Flowers

Posted Jan 22, 2021 at 03:26pm
I'm so very sad right now. Chris and I were work companions as well as friends. I was disappointed when she and her family moved but we kept in touch, not as much as we should have, but family and life just seem to go by so fast. Her daughter worked for me in the summer so I became very close to them both. She was a great person to share your happiness and your problems. Never a judgmental bone in her body. My sincerest sympathy goes out to the entire family during this most difficult time.
Vickie Gray
Comment Share
Share via: 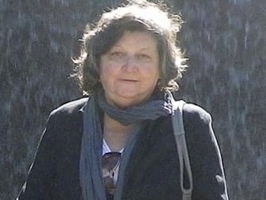