To share your memory on the wall of Jeffrey Swanson, sign in using one of the following options:

Jeff began working at Edgewood Country Club in his hometown. He followed his mentor, Richard Crowe, to Rockledge Golf Course in West Hartford, where he earned his PGA certification and formed many lifelong friendships. He spent several winters working at TPC Sawgrass in Ponte Vedra Beach, Florida. Jeff found his home at Cedar Knob Golf Course in Somers, working as the Head Golf Professional there for 25 years. At “The Knob,” he taught golfers of all ages the fundamentals of the game. He was deeply committed to the CKGC men’s and women’s leagues, bringing professionalism and enthusiasm to all of their events. Most importantly, he fostered an environment where everyone, regardless of skill level, felt comfortable and excited to play. Jeff was a gifted teacher and mentor to countless aspiring golfers. His awards hang proudly on his office walls, and his legacy will live on through the junior golfers he inspired at “Cedar Knob’s Golf for Kids,” the summer camp he established.

Outside of work, Jeff enjoyed watching his favorite Boston sports teams and singing along loudly to Bruce Springsteen and the Dropkick Murphy’s. Jeff valued the time that he spent in Quechee, VT on the ski hill and the golf course, where he made a point to show everyone his name on the 2019 Men’s Invitational plaque.

Above all, Jeff cherished his family. They could always count on him to answer their phone calls, even when there was a line of customers waiting in the pro shop. He would tell them “I am busy, but never too busy for you.” Alongside his wife of 25 years, Ann (O’Driscoll) Swanson, he raised their beloved daughters, Sarah and Megan. Other than “his girls,” Jeff is survived by his father Donald Swanson Sr., brother Donald Swanson Jr., and sister Kristine Mantel. He was admired by his many nieces and nephews, who will miss his jokes and stories at family gatherings. “Swany” also leaves behind an abundance of “buddies” whom he loved like family. He has joined his mother, Barbara, in eternal life. Though our loss here on earth is tremendous, we know that heaven’s gain is greater.

A private Mass of Christian Burial will be held at 12 noon on Friday, February 26, 2021 at St. Matthew's Church, 111 Tolland Green, Tolland, CT by invitation only. Though we regret that we are unable to invite everyone that Jeff loved, you are welcome to join the Mass virtually through the following link: blessedsacramentct.org/funeral. The burial will be held in Vermont privately and at the convenience of the family.

The family invites you to send your memories and pictures to: celebrateswany@gmail.com. We look forward to celebrating Jeff’s life and helping him “go out in style” with you all at a party when it is warm and safe to do so.

Jeff was especially grateful for the opportunity his daughters had to attend Suffield Academy. In lieu of flowers, please consider donating to Suffield Academy in his name. All donations will be directed by the family to award students deserving of that same experience.

Checks can be mailed to:

Online donation may be made to:

To send flowers to the family or plant a tree in memory of Jeffrey F. Swanson, please visit our Heartfelt Sympathies Store.

We encourage you to share your most beloved memories of Jeffrey here, so that the family and other loved ones can always see it. You can upload cherished photographs, or share your favorite stories, and can even comment on those shared by others.

Posted Feb 26, 2021 at 02:25pm
Along with His Dad my friend Donald I was Jeffreys Little League Base Ball Coach so if you Have a little time I have a story or two. In the 35 or so years I coached Little league Jeffrey was something special. In four years he played for me he struck out three times and they may have included some bad calls. At least one time he hit the ball to the left side and the short stop on the other team did a double pump and by the time the ball reached the first baseman Jeff was standing on second base. the first baseman then threw to second base and Jeff scored. He stole home more times than I can count. He did ask me what he needed to look for if he was going to try to steal home. I told him having been a catcher you do not steal on the pitcher at least not with 60 foot bases, you steal on the catcher; just make sure he is not watching you when you try.If he was on third the other coaches would yell" watch him "and of course he would get a walking lead and if the catcher threw to third he would score. either way if got to third there was no stopping him.
On more than one time I remember, a catcher would throw to third, Jeff broke for the plate and the runner behind him scored as well. During All Star practice we would practice in the morning when it was not as hot. Jeff and his team mates would watch the Little Rascals before practice and they would spend much of the time sharing the dialogue from the show including the use of the term cream pies as "Ceempies" . While Jeff and his dad as well as myself were at the driving range after I had hit several balls in the direction of the lane to my left, Jeff very politely explained to me that I was not supposed to be a dead pull hitter in golf
Jeff was a special and I will miss him. I wish I could Hug all of you.
Comment Share
Share via: 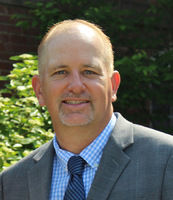