To share your memory on the wall of David Grace, sign in using one of the following options:

To send flowers to the family or plant a tree in memory of David H. Grace, please visit our Heartfelt Sympathies Store.

We encourage you to share your most beloved memories of David here, so that the family and other loved ones can always see it. You can upload cherished photographs, or share your favorite stories, and can even comment on those shared by others.

Posted Mar 14, 2021 at 08:40pm
I am so sorry to hear of Dave's passing. We hung around a lot in the old days, a lot of UCONN games, car races, skiing in VT and had many great memories. Dave was a kind hearted person and he will truly be missed.
Comment Share
Share via:
K

Posted Mar 10, 2021 at 06:54am
I am sorry to hear of you loss Ed! I remember Dave as a very kind and patient person who always had time for his friends! His gentle nature drew people to him! His diligence led to his success! He and Janet left too soon! My sincere condolences to you Susan and your children! Your family has left an indelible mark on my life! I am humbled and grateful!
Comment Share
Share via:

Posted Mar 08, 2021 at 10:42am
I am sorry to hear Dave passed away. I worked with him in Real Estate years ago and we had some fun times. Barbara Hall
Comment Share
Share via: 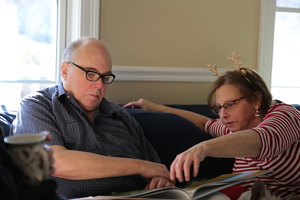