To share your memory on the wall of Robert Williams, sign in using one of the following options:

To send flowers to the family or plant a tree in memory of Robert "Bob" Williams, please visit our Heartfelt Sympathies Store.

Posted Mar 24, 2021 at 07:18pm
Dear Diane and family, I'm very sorry to learn of Bob's passing. We worked together for many years at Aetna. Bob was a good friend and an excellent employee. I have thought of him often over the years, and have him in my prayers.

Diane and Family:
Please know that Bob will be missed. He was a upbeat and personable man. Always sharing the news of the day which he
would read in the Journal Inquirer or the Hartford Courant. I always enjoyed our visits and especially of how proud he was
of his grandchildren's numerous accomplishments.

Posted Mar 20, 2021 at 12:07pm
Dear Linda and family, I am deeply saddened by the passing of your father. Please know you are all in my thoughts and prayers along with my many lovely memories from childhood. I am honored to have known him, and remember the years and enjoyable hours spent at your home while growing up. My deepest condolences, and my sincere apologies that my condolences are late. Wishing you strength, peace and joyful memories during this incredibly difficult time, Maryellen (childhood friend).
Comment Share
Share via:
GM

Posted Mar 20, 2021 at 09:41am
Diana Michele and I are so sorry to hear about Bob’s passing. We met him when Windsor Locks became his new home.I always enjoyed his company when he would come to the open houses and check on the progress at Woodridge his new community. Always thoughtful to bring me a Car and Driver magazine and talk about collector cars. I will miss him he was a great guy. Condolences to you all. GARY Merrigan and family.
Comment Share
Share via:
HS

Flowers were purchased and a memorial tree planted for the family of Robert Williams. Send Flowers 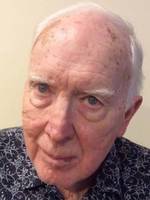