To share your memory on the wall of John Foscolos, sign in using one of the following options:

John married Rose Occhipinti in 1954 and they had two children, Mary Anne and John Jr., before graduating from Engineering school. While at Gerber Scientific, he met the love of his life (John’s words), Kim, who shared his passion for boating and skiing. They had a boat for 15 years, and cruised the CT River, Long Island Sound, and to Block Island, plus took many large ship cruises in various parts of the world. John was a member of the Mt. Laurel Ski Club for many years and they skied in New England, the Midwest, and Europe.

John was formerly President of the Parish Council of St. Nicholas Orthodox Church of Enfield and then a member of the Parish Council of the Greek Orthodox Church of Saint Luke in East Longmeadow. He was a kind and thoughtful person traveling several times to CA and FL to help his sisters when emergencies came up. He also was a strong believer in education and encouraged his children and grandchildren to pursue their dreams.

Along with his wife Kim of over 30 years and feline companion Peekaboo, he leaves his daughter Mary Anne, son John Jr. and his wife Mary, their two children Holly and Nikki, all of SC; sisters Anna Tzinakos of NY and Kitty Petrantis of TX, as well as many nieces, nephews, and cousins, all of whom he loved so much. He was predeceased by his parents, brothers Soterios and Stamatios, sisters Sophie Bewick, Alexandria Sanchez, Mary Kastle, Bessie Herzog. He will be missed by his family and close friends.

A Funeral Service will be held at the Greek Orthodox Church of Saint Luke in East Longmeadow, MA at 10am on Monday, December 14, 2020. Burial will follow at St. Catherine’s Cemetery in East Windsor, CT. Please wear a mask and practice social distancing guidelines. Family and friends are invited to the graveside service or to ‘drive by’ after the service to receive a token of the family’s appreciation. The Bassinger & Dowd Funeral Home is handling the arrangements. For online condolences please visit www.pietrasfuneralhome.com.
Read Less

To send flowers to the family or plant a tree in memory of John George Foscolos Sr., please visit our Heartfelt Sympathies Store.

Posted Dec 11, 2020 at 10:00pm
"John Foscolos" brought so many gifts to our life. We will never forget him! He will remain in our hearts forever. With caring thoughts.

3 trees were planted in the memory of John Foscolos

Posted Dec 11, 2020 at 12:51am
Kim so sorry for your loss. May God give you strength to go through this very difficult time .We are all missing him.May he Rest In Peace.

3 trees were planted in the memory of John Foscolos

Posted Dec 16, 2020 at 08:56am
Dear Kim
Our thoughts and prayers are with you. We will John's "always smiling face" and Sunday River will not be the same with out him. 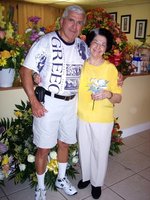